Do Living Trees Have Economic Value?

When we think of the value of trees we think of timber, or clearing trees for urbanization and agriculture. In other words, chopping them down. Unsurprisingly, our worldwide forest debt is firmly in the red. But what if trees, living and breathing in our cities could be valuable too? 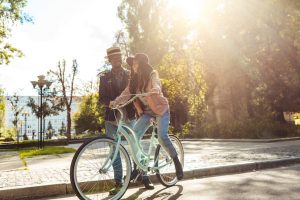 Trees don’t just help sell houses but they’re important for many reasons that don’t immediately meet the eye. Cities save billions thanks to much-needed carbon sequestering, air purification amidst traffic pollution and luscious canopies lowering temperatures. The rainwater captured by trees also takes the pressure off drains and sewers. Of course, trees do wonders for our mental and physical health too. In Toronto researchers found living on tree-lined streets could take seven years off how old you feel, or since we’re talking money, the equivalent of getting a $10,000 annual salary rise.

Almost half of urban space across the U.S. actually has tree coverage and it’s worth a total of $18.3 billion in energy savings, carbon storage and air cleansing. But that could be changing. Researchers estimate urban, non-leafy space in the U.S. is set to increase by as much as 40 percent between 2010 and 2060. So what does it take to persuade councils that foliage in the city more than pays its way?

Data and money can be powerfully persuasive, which is where technology like i-Tree comes in, using aerial photography to map tree coverage and worth. The model estimates that across ten of the world’s major cities, including Beijing, Buenos Aires, Cairo, Istanbul, London, L.A., Mexico City, Moscow, Mumbai, and Tokyo, trees generate an annual payoff of $505 million. 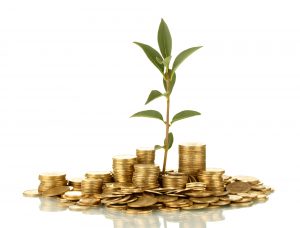 When i-Tree was trialled in Torbay, Devon, people were so enthusiastic about the project that volunteers actually stepped forward for the survey, rich in ash trees. They found the trees there stored 98,000 tonnes of carbon, worth £1.5m and removed the equivalent of £1.3m of air pollution every year, that’s like taking more than 50,000 cars off the road! Off the back of this, the council afforded more funding for tree planting and care.

But perhaps some trees need to be chopped down to make way for buildings, and aren’t some trees just old or causing problems anyway? Right? Yes. But better management is still in order. Replacing one tree with another isn’t always enough, and as Keith Sacre from the largest tree nursery in Europe says to The Guardian, “one mature plane tree on the Embankment” would need to be replaced by 60 new trees to “replicate the leaf area”. For this we need not only accurate data but also urban forestry experts who can work out which trees go where and why. For example, what canopy will provide the best shade coverage? What species are safe to plant near pavements without buckling the concrete and what tree will provide the best protection against floods? Asking all these important questions and including biodiversity to best meet the demands of a city is the smart way to get the most value from trees.

It’s clear that cutting down trees is also a cut to the economy. So this coming Arbor day, don’t just think about planting another tree. Think about the long term management of trees as a crucial part of a city’s infrastructure and future. More than that though, our cities just wouldn’t be the same without them.