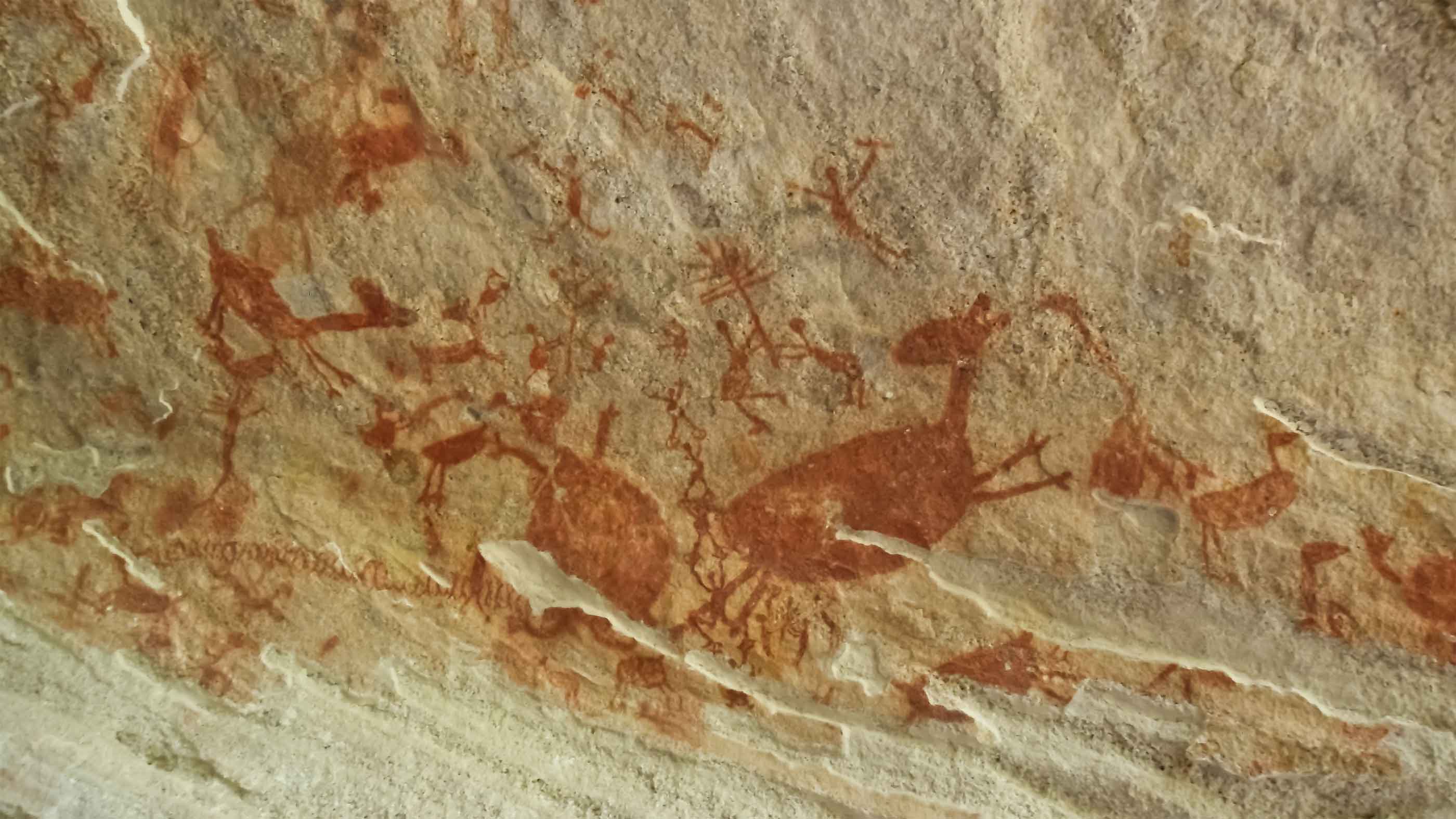 Is This The Oldest Picture of A Tree?

When your goal is to find the oldest man-made depiction of anything, a natural starting point is to look at cave paintings.

However, if you do so with the aim of finding the oldest picture of a tree, you soon realise that the artists of our Palaeolithic ancestors were largely preoccupied with depicting just animals. Pictures of humans and plants in cave art are rare. The reasons for this are unclear, although it has been suggested that cave paintings generally functioned as some kind of ritual or hunting magic which was used to increase the odds of a successful hunt. Painting humans may even have been considered taboo.

The UNESCO World Heritage Site at the Serra da Capivara National Park in northeast Brazil is different. The area is known for its hundreds of cave paintings, many of which feature numerous humans and plants. And there, in a painting amidst a lively scene of human and animal figures, is what may well be the oldest man-made depiction of a tree.

The answer to the question may well be depicted in another painting found in the area, one which has just as strong a claim for the title of the oldest depiction of a tree. Here, the tree figure is larger and it is surrounded by a bigger group of human figures (males by the look of it) who are all reaching towards the tree.

They are worshipping the tree.

Just let it sink for a moment. The oldest man-made pictorial depiction of a tree appears to show us worshipping one.

The age of these cave paintings is something of a mystery, as many of the paintings in the area have been dated by scientists to be older than 25,000 years. But therein lies a problem. According to the majority of archaeological evidence, humans only migrated to the Americas around 15,000 years ago. So, who exactly were these people? And if they indeed inhabited the area 10,000 years before the commonly accepted first human migration into the Americas took place, where did they come from? Why were they there?

I don’t claim to have the answers. But what I can say with some confidence is that these prehistoric people, the artists who painted the oldest surviving pictures of trees, clearly already shared the Tales by Trees approach to life.