Let the Forest Make You Happier

A group of Japanese executives wander elatedly into the forest. They loosen their ties, kick off their shoes and dance among swaying trees. Any lingering thoughts resembling figures, filing, and reports simply dissolve into tranquility.

Ok, that was maybe a bit of an exaggeration. But there is truth in it: ‘forest bathing’ or shinrin-yoku, has now become an official form of therapy in Japan, where people are encouraged to relax among trees and engage their senses in being in nature. There are currently 48 forest trails based on the increasingly founded belief that nature helps us de-stress, focus better, feel  greater life satisfaction, be more creative, and even improve our immune systems. Simply put: trees make us happier.

Japan Forestry Agency’s trails don’t simply allow nature dwellers to enjoy their surroundings, oh no. To support these schemes, more research is needed into nature as medicine. So, whilst relaxing, the participants are also routinely uprooted to have their blood pressure and stress hormone, cortisol, levels measured. Miyazaki et al. have so far invited over 600 subjects into the woods since 2004. They’ve discovered that forest walks, in contrast to urban walks, resulted in a 12.4 percent decrease in cortisol, and a 1.4 and 5.8 percent decrease in blood pressure and heart rate consecutively. Not only will a stress-relieved body and mind feel a lot better, the long term effects of stress are also going to make you less prone to stress-related disease too. 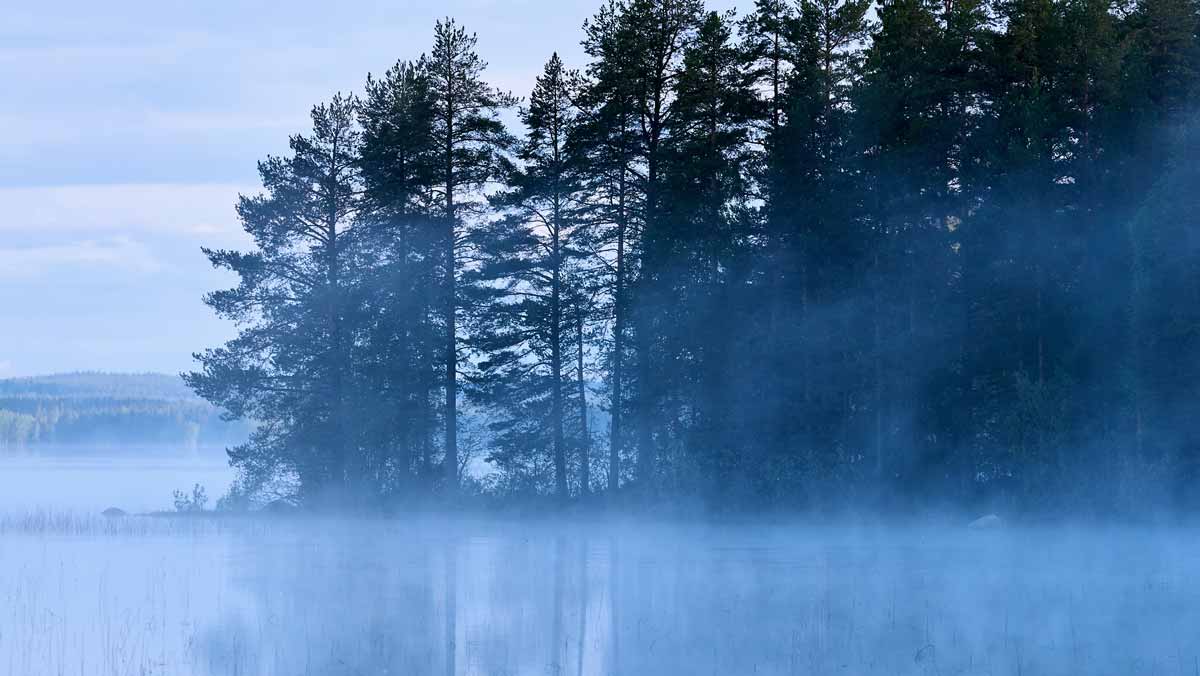 Letting Go of the Urge To Multitask

If we want to up our daily nature intake, we have to leave behind the distractions of life completely. On Japanese forest trails people are encouraged to fully engage with nature on a sensory level, for example, by closing their eyes and listening to scavenging creatures. The key to the full forest experience is actually being present in it, that means going for a run whilst listening to music and periodically checking e-mails just won’t cut it.

In fact, Jason Duvall from The University of Michigan found people who were told to walk for exercise, compared to people encouraged to actively engage with nature, reported much lower levels of satisfaction. The experience had a knock-on effect on the rest of the day too, Duvall also discovered that people who went running with an iPod were less able to focus on tasks and remain patient later in the day compared to a group who ran without. Duvall says that keeping your head in electronics when you’re outside is “a tacit admission that what you’re doing is exercise and therefore boring”. So if you want to reap the full benefits from the vitamin tree, it’s best to leave those gadgets at home. 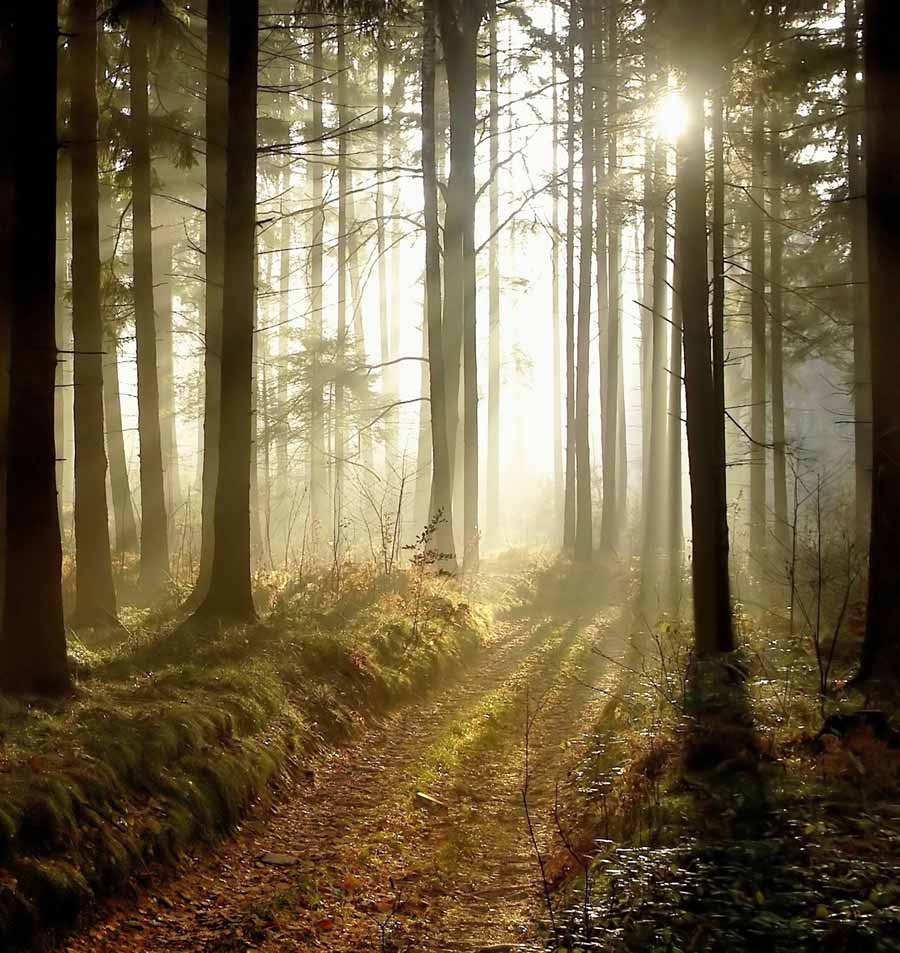 Back in 1778, William Wordsworth sat upon a river bank and noticed that “an eye made quiet by the power / Of harmony” offered respite from “the fever of the world”. Poets have long known the power of nature to incite awe and cast light upon our musings. Now we have the research to prove that those feelings of awe, like when you marvel at an infinite expanse of treetops, can actually make you feel a lot better.

The reason for this is because when something incites awe it makes us feel smaller, and it throws our life and problems into perspective, which makes us much happier. According to a study by Jennifer Aaker, experiencing awe leads to a monopoly of benefits including an expanded sense of time, an increased willingness to help others, a preference for experiences over materials and generally greater life satisfaction. When you think of awe in this respect, taking time outdoors won’t only make you happier but through having more time for others, the people around you will be a whole lot happier too. 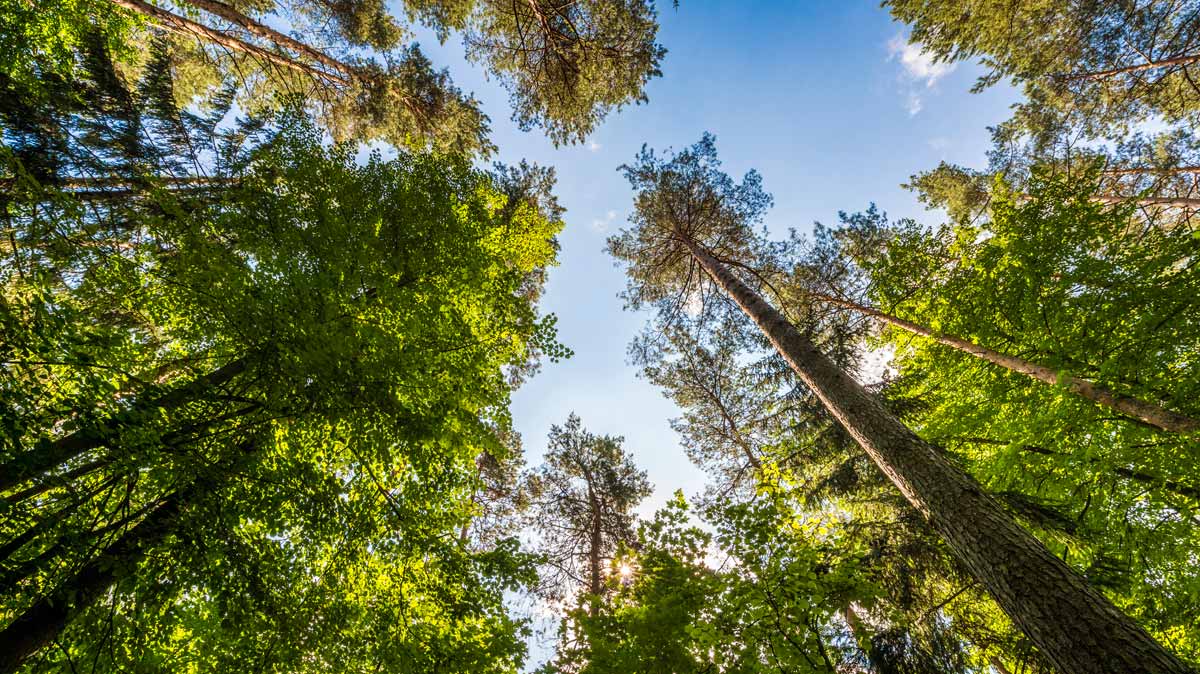 Do you have the time to appreciate the rush of fresh air and freedom that hits your face when you leave the office? How about on your lunch break? Do you sit in the park or do you gobble down a sandwich at your desk, hastily swallowing a mouthful when your phone rings. For some, taking a break in nature feels downright indulgent – something delaying you from achieving your goals – but did you know it could actually do the opposite?

There’s a whole trail of evidence to suggest that even a small dose of foliage can actually improve your memory, focus and creativity, which in turn is going to make you feel a lot more able to come up with a new idea, or get that promotion you’ve been hoping for. For example, a study by The University of Michigan saw individuals display a 20 percent improvement in short term memory following a walk in nature, and no improvement for those who walked in cities. It can sometimes feel illogical to go and relax outside when you’re trying to achieve something, but it may help you get there much quicker in the long run. Go on, take pleasure in your eyes slowly adjusting to the light that comes from the sun not your laptop. 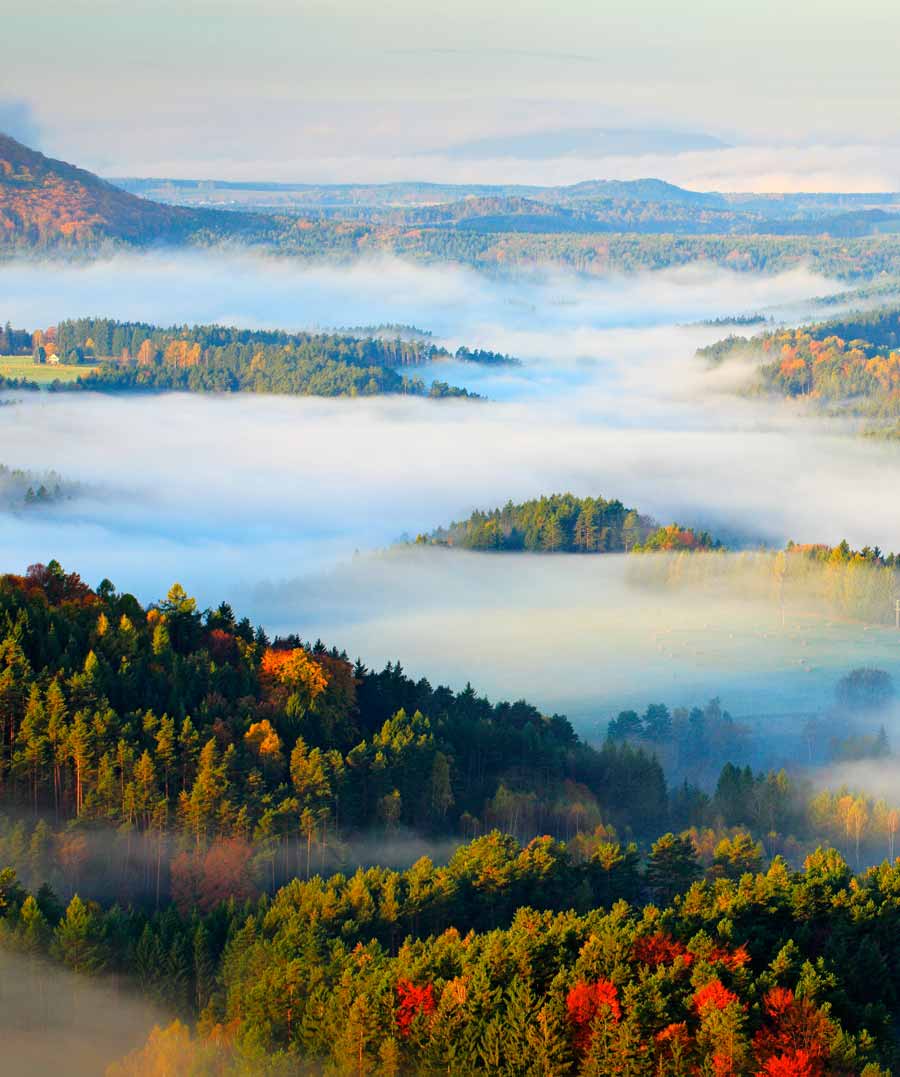 Let’s face it, we’ve built our cities so we can barely see the skyline, a scattering of token trees hang out along our roadsides like hitchhikers looking for a way out. We were not designed to flourish “on a diet of weak poisons, a home in insipid surroundings…a world which is not quite fatal,” as Rachel Carson writes in Silent Spring. So let’s get back to nature. The pursuit of happiness looks a whole lot simpler from there.