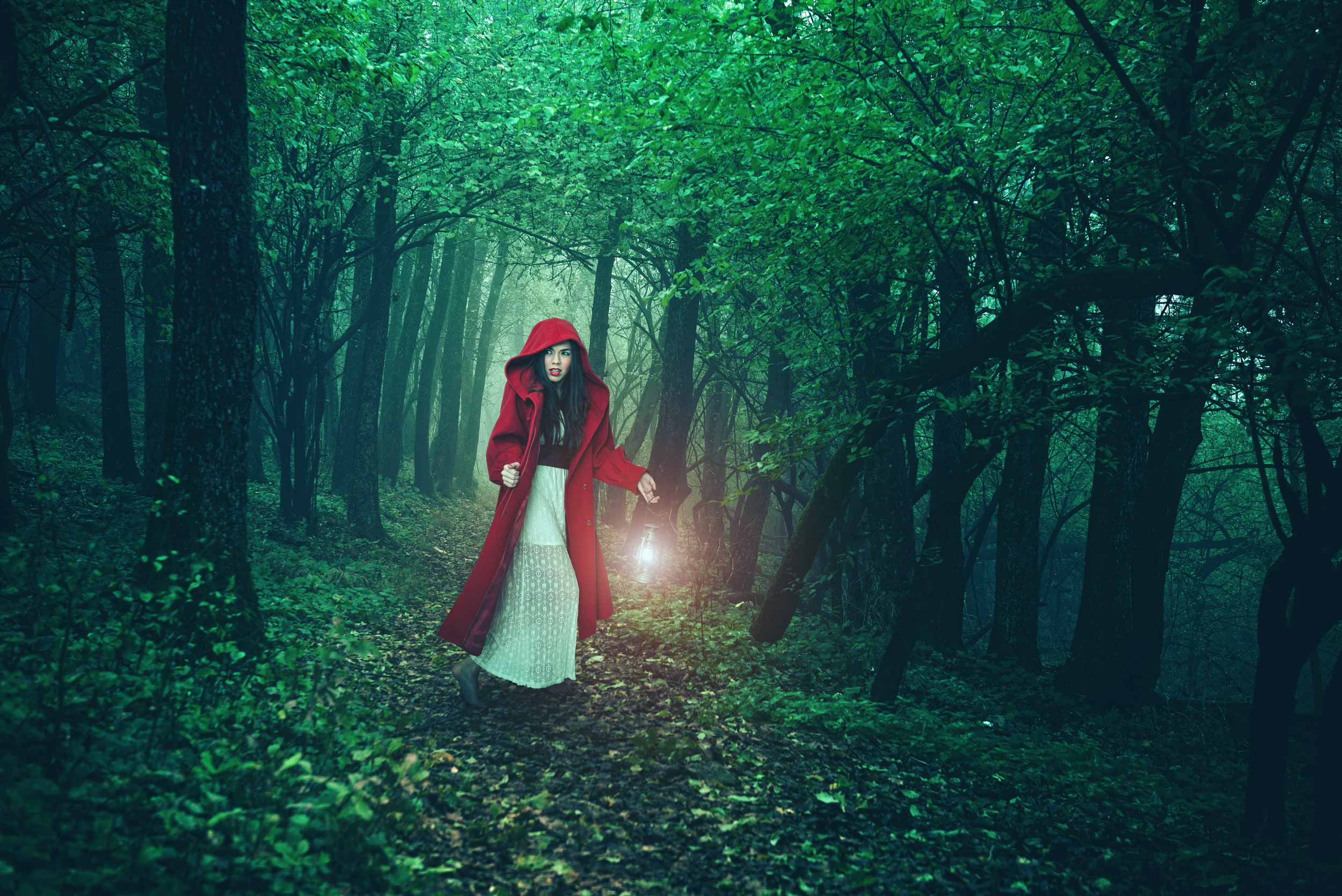 I am a full-grown adult, and I read every fairy tale I can get my hands on. It started when I was young and it hasn’t changed a bit. I am still just as eager to dive into that world. The term fairy tales itself was always enough to intrigue my imagination—yet it is oddly misleading. Nowadays, the word fairy tales conjures up a soft and childish world of fantasy. But, this does not do justice to the sheer depth of the original tales, famously collected by the likes of the Brothers Grimm. Strip away the pre-conceived notion of fairy tale and you see some rather stark grown-up content alongside the golden-haired princesses and magic kisses—including murders, abuse, gore, psychosis… It makes one wonder, whose eyes were really meant to see the world of fairy tales?

Curiously, stories like these were never truly intended for children at all. They are legends, folk tales and myths handed down over the generations. Certainly, children can enjoy them, but they are not specifically intended for just a child audience. Wilhem and Jacob Grimm are celebrated for their anthology of fairy tales, but they actually weren’t trying to collect children’s stories. The so-called Grimms’ Fairy Tales were part of a large collection of anthologies including German Grammar, German Legends, and Ancient German Law. So how did fairy tales become associated with the young?

Beloved fantasy author J.R.R Tolkien addressed this in a 1938 essay called “On Fairy Stories.” He said, “The association of children and fairy stories is an accident of our domestic history” wherein fairy tales were slowly shifted to children as they lost their popularity amongst adults, like old furniture moved to the kids’ room. You must remember that most of these stories are very, very old. As viewpoints, industries, and science changed, perhaps these “fairy tales” became old fashioned in the so-called modern world and were thus relegated to the fantastical world of children

This is unfortunate because a valuable genre of literature is now being neglected. Personally, I do not read illustrated fairy tales because I am childish or a delicate flower. I read them for the same reason I would read Shakespeare or Poe. These are intense stories handed down through generations about life, death, humor, violence, sacrifice, and love. Their themes, like many traditional myths, probe the edges of the unknown. They deserve their place in great adult literature, same as any other literary work. They are practically their own literary form unto themselves. The thread of narrative is spun with a simplified style that uses a handful of well-chosen words to paint an incredible picture. Classic images and characters are used repeatedly to make a deeper point. Like any first class short story, they make a tremendous statement in just a few pages.

Asking why an adult would want to read illustrated fairy tales is like asking if they should bother reading anything at all. Of course, they should read! And fairy tales are a legitimate part of that literary landscape.

There is no need to close ourselves from the pleasures and insights fairy tales offer us in our adult lives. They have amazing things to tell us. For instance, what if I told you a story? A story about an unsurpassed carpenter, who could create the most wonderful things anyone had ever seen, and who worked on his greatest creation behind locked doors, unseen for decades? Illustrated fairy tales like Tales By Trees: The Carpenter is a work of human drama on par with any other. It is a story about being consumed by an idea. It is about loneliness, family, ambition, and obsession.

The universal truths and reflective points-of-view presented in The Carpenter recall the introspective works of Paulo Coelho, a modern author of motivational literature. It would be nonsense to say that this story has nothing to offer a mature adult in the modern world. The Tales By Trees series is trying to get back to our roots with tales like The Carpenter. They are here to tell us that, as grown-ups, we need fairy tales. We need their distilled and universal wisdom more than ever.