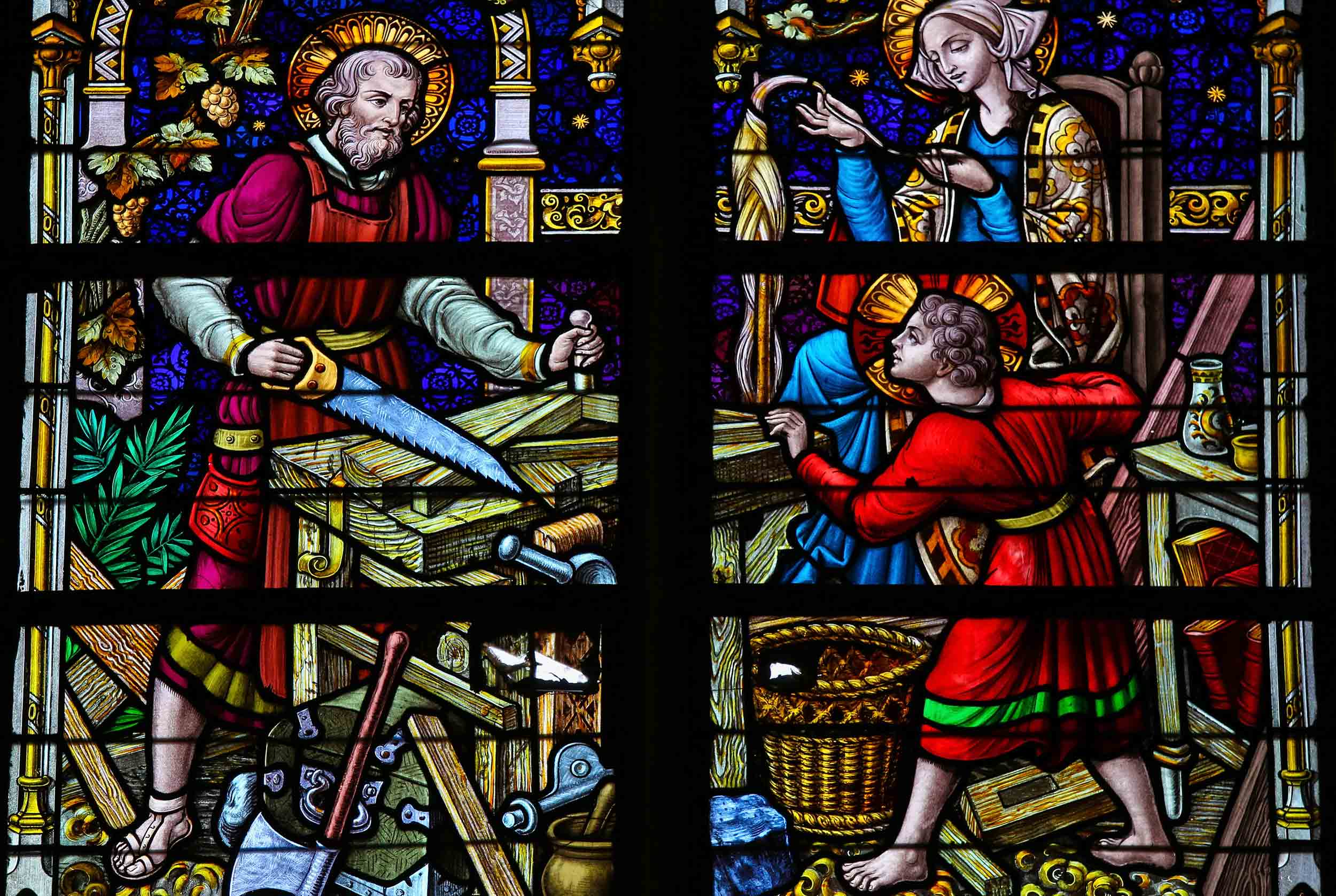 A wise person once said that the pen is mightier than the sword. But where does the hammer and saw lie in this argument, exactly? Who are the best known carpenters in mythology?

Fables of carpentry and woodwork stretch back to the dawn of time around the world. Not all great myths are found in the rear vision mirror, mind you. Some, such as The Carpenter from Tales by Trees, are continuing this time-honoured tradition in the current age, carving out a place in history. Take a moment to get to know some of mankind’s best-known mythical figures below, and decide for yourself whether the virtues of woodsmiths exceed that of wordsmiths.

From: China
Handy with: Innovative carpentry

What’s the story? The Chinese patron saint of carpentry, Lu Ban was a handyman-cum-philosopher whose inventions included the cloud ladder and grappling hooks and ram. Deified after his passing, myth has it that he was conceived as a celestial being, at which time a huge flock of cranes spiralled above his home and filled his room with a special fragrance.

The theme of birds would appear prominently later in his mythical life, when he invented a kite prototype. Unfortunately when his father tried his hand at flying this wooden bird, it landed in Wuhai, whose residents were somewhat unimpressed – so much so, in fact, that they assumed he was the devil and killed him. Unsurprisingly, Lu Ban was less than pleased. Exacting revenge by building a wooden immortal, he used it to facilitate a devastating drought.

From: Ancient Greece
Handy with: Inventing the Trojan horse

What’s the story? While Daedalus may have won kudos for knocking together the wooden cow that would then conceive the part-man, part-bull Minotaur, his contemporary Epeius arguably had a bigger impact.

A master carpenter and boxer, Epeius was called upon to construct a huge hollow wooden horse during the Trojan War. Three days of intense labour later and the horse was ready to be filled with 30 fully armoured soldiers and wheeled into the city of Troy in a masterful moment of stealth. The resultant destruction of the city became stuff of legend. Centuries after the surprise slaughter, ‘Trojan horse’ would become a computing term to describe a bug inserted into a program or system that activates after a certain time or number of operations.

From: Finland
Handy with: Building a love boat

What’s the story? The inspiration for Gandalf in The Lord of the Rings, Väinämöinen is the central character of the Finnish epic Kalevala. Taking his name from the word meaning stream pool in Finnish, Väinämöinen used his carpentry skills to build a boat to aid his quest for a bride.

Nonetheless, his ability to carry a song and spin a tale were not enough to ensure wedded bliss, with the Maiden of the North proving particularly immune to his charms. Cue: much singing, healing of people and playing of the Finnish national instrument the kantele (fashioned from the jawbone of a pike) instead.

What’s the story? Back in the day, before humans came to be the collective race hunched stone-faced over their smartphones, we were all fused together in a wooden lump.

Aboriginal myth, known as the Dreamtime, believes that lizard-god Mangar-kunjer-kunja separated the first people from one another with his knife, carving out individual ears, mouths and noses. Not only that but he then gifted the human race with a range of handy items including a knife, fire, spear, shield and boomerang.

From: Depends on whom you ask
Handy with: Constructing an ark

What’s the story? The myth of flushing away the scum of the Earth by way of flood is one shared by a number of religions. After receiving the heads-up from God that He was planning to facilitate heavy precipitation in seven days, Noah set about building an ark, filling it with a sampling of the world’s fauna.

Such was the skill of his craftsmanship that once the floodwaters subsided Noah returned the ark’s contents safely to dry land. Life afterwards saw him go on to become a farmer and then plant a vineyard. One notorious red wine-fuelled session ensured he would become the first man to ever overindulge on the red stuff – and certainly not the last to strip down to his birthday suit as a result. Noah eventually died 350 years after the flood, at the ripe old age of 950.